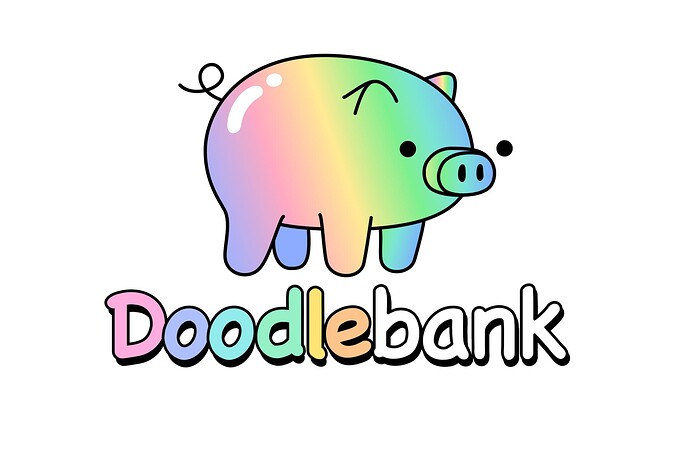 One week ago, Doodles launched on Ethereum. We’re truly humbled with the response seen across the metaverse. We luv the Doodles

Doodlebank is our community treasury that will be used to scale our team and begin experimenting to grow the Doodles brand. At the time of writing, there is over 650 ETH in Doodlebank!

Our vision and how you can contribute

We want Doodles to bring the joy of NFTs to millions of households worldwide. To do this we need to bring the Doodles into the mainstream and foster advocacy among our passionate collectors. To help guide us, we, the founders, will divert our energy in these areas of focus.

We hope this vision helps you understand our priorities and guide your contributions. Here are a few principles we can all follow that will help with Doodlebank coordination:

Doodlebank coordination starts with a champion

If you have an idea that you are passionate about, it’s time to put on your wizard hat or queenly crown and become Doodle champion.

Version 0.1 of the Doodlebank allows Doodle owners to vote for heavily discussed proposals that are put forth by a champion and upgraded by the Founding team.

As a champion, you are responsible for fostering initial discussion, refinements, farming dissent and garnering support! Only when your idea is truly ready should you put it up for a preliminary proposal.

Going from idea to preliminary proposal

Create a Discourse thread for your idea

The champion creates a discourse thread in New Proposal Discussion to discuss their idea and prepare for the preliminary proposal. Here’s an example discussion.

When an idea is ready for the next stage, the champion will use snapshot to conduct a temperature check vote on a preliminary proposal using the following template.

Failing to follow the template or farm enough feedback/support will result in your proposal being removed by the founders.

A quorum of 15% must be reached in order for the proposal to be upgraded. Because 1 Doodle = 1 vote, there must be a vote turnout of 1,500 Doodles (and majority support) before the proposal becomes eligible for an upgrade.

Upgrading to a final proposal

Once a preliminary proposal reached quorum and majority support, the Founders will upgrade that proposal and reintroduce it as a final proposal adding necessary detail or context. We will try our best to stick to the original vision of the proposal but there is business, legal, and financial implications that need be considered and can potentially lead to restructuring.

After a final proposal has been created it will be shared across the entire community to maximize voter turnout.

We look forward to collaborating on the future of Doodles with you all. Let’s make exciting proposals and learn a lot about coordination from Doodlebank v0.1!

Thank you all for the support.

Hello! I have spent my entire adult life in business development. I have helped scale a multi million dollar e commerce and real estate businesses through marketing, hiring, and managing efforts. I am deeply involved in the crypto/NFT space and I am the proud owner of Doodles 9956 & 9272. I will never sell 9956 because it is my identity. I would stop everything and dedicate my self to working for the team if the opportunity presented itself. I am a hardworking father of 2 who wants nothing more to do something I love for a living.

Thanks for this breakdown. Interested in your thoughts around quorum for Preliminary vs Final proposals and how you choose those %'s, what was the motivation for making Prelimary the same level as Duffle Bags?

A good start. Thank you team.

Sounds great - this is very helpful info to get started.

What, if any, options are there for voting down proposals? I guess a lot of this process relies on the amount of actual participation, but if holders are as excited as I am, the thresholds seem relatively low. I’m just worried that a fair amount of ideas that aren’t fully formed or haven’t been looked at critically enough by the community will get through to upgrade stage.

I agree, but i am also concerned with holders that are inactive and not casting votes so nothing goes through if the quorum is too high

This is a good point and I wonder if there is something we should do to encourage engagement. I know the one doodle = one vote rule will remain, but perhaps something within the process can assign heavier weight to active holders.

Since snapshot voting is trackable, what if regular participation conferred some status / role within the community. For instance, promotion to OG role in discord. Members would need to participate in a minimum of 35% of voting proposals over a 6 month period to maintain that status. I’m unsure if a snapshot bot for discord exists but that would help with the administration.

good one, I second this

Great idea and excellent to include a measure of how sustained engagement is. I know that was just an example, but what ideas can we come up with for current OGs?

amazing, can not wait to see how far the team can take this

Amazing forum I love the breakdown, makes me more clear on the project, i will continue to support

happy to be onboard for this journey

I’ve got 10 years in marketing activations and experiential events and am down to help in any way I can. Just give me a dm if you ever need anything.

Hey all! Proud owner of doodle #9054 here. Wanted to stop by and thank you all for the hard work and amazing growth we’ve had in our community. I’m hoping to become more active in this space and look forward to contributing where I can!

This project is amazing!
I’m not a doodles holder but I like doodles very much. It can give me a chance to take part in doodles community. Thank you SPOOKLES!

A good start. Thank you team.

A good start. Thank you team.,every thing will be fine