TL;DR
Seeking to approve a budget of 25 ETH for 3 months.

No specific requirements, except:

Rationale:
With funds pre-approved in this proposal, we can move fast and encourage regular contests. Removes current barriers such as finding resources, preparing proposals and passing the snapshot vote.

2. Create Doodles Dust wallet for A) Rewards and B) Tip jar

Rationale:
Valuable, on-brand rewards and incentives to encourage community participation in building the brand. Doodlebank has been quiet for a while, this is an experiment to sustain meaningful activity.

2A. Reward Doodlebank proposal champions and their teams
Building on a past proposal by Mushy: Doodle Dust as Incentives

Rewards are distributed in 2 stages.

Assessment (XS to XXL) of the appropriate amount of Doodle dust rewards to be determined by moderators and Mushy or a panel consisting of mods + community at the end of each stage.

2B. Tip jar for community organizers, content creators and artists

Who are eligible to receive tips?
This list is non-exhaustive: 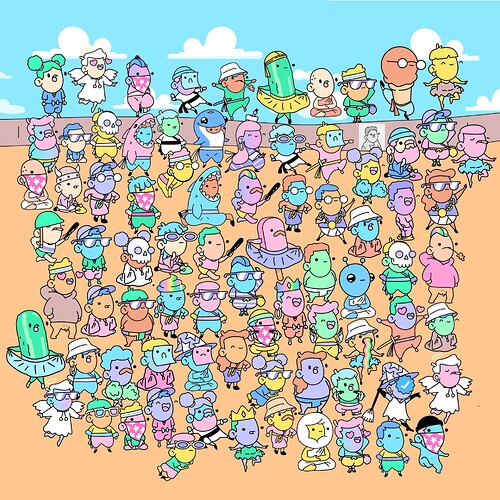 Timeline for executing this proposal

Thank you! Let’s get this done.

This is a great proposal and has my full (1 vote) support. Much love

Very thought through! You have my votes.

Phenomenally written proposal and excellent idea. This is how all proposals should be done

I want to see this go forward. You have my support.

great initiative to reward the community builders. has my full support

Thank you for the thoughtful proposal @ayhth , as always !

In 2A, you’re mentioning “guidelines refinement and forum clean up” and I wanted to go even further on this matter : Would it be possible to think about other tools to use than the combo forum x snapshot for DB? Have you already given a thought about how to streamline this process ? Can’t we work out something integrated within Discord for instance ?

Because although dust is probably a good incentive, I also think giving an easier access to the proposals in the first place would be even more efficient and would have a greater impact on holders engagement with DB.

IMO, since DB is integral to the Doodles brand, it could be relevant to raise a proposal to build a custom integration/bot that allows voting and proposal review within Discord.

Long ago I heard the team was doing something exploring an all-in-one Doodles branded platform. 2022 has a lot of new DAO startups too that might better integrate proposals + social + snapshot. Coordinape is one of them, but raises other challenges.

I agree with the issues you raised. We need more doods to put our heads together to figure this out

Great proposal, in full support of this. Juiced is all over the TL on Twitter, gotta support these champions.

Love it. As you’ve shown @ayhth doods are doing this already anyway, so why not compensate them for their work. Once people understand this, the proposals and work will follow. I’m all for it.

Some broad thoughts on proposals:

We should have a clear goal for use of the money. Obviously, we all want to get richer, but there are many ways to do this.

Let’s pick something fun and manageable so that we can get it going quick and test out the process! Literally anything!!

Brilliant suggestions and guidance. Thanks Dood!

Love this proposal, nothing more to add. Send it to vote 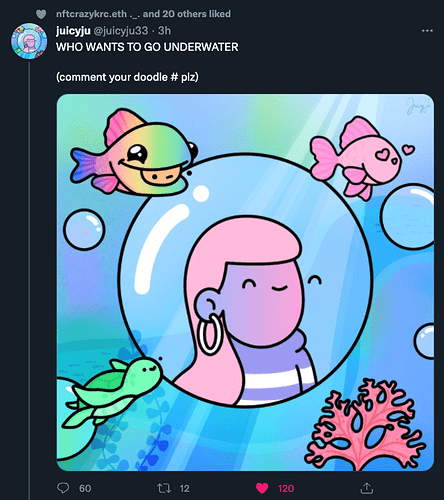 Love the idea! You have my vote!

I do not see any progress on doodles moving forward, no any big updates since space doodle, then why we need more budget to spend?
BAYC is no.1 project in NFT but they are still trying hard to deliver more and more products, shouldn’t doodles try even harder as a chaser?
And the 25ETH is for community building, but we already have a wonderful community and doodles already well known among NFT circle, why waste money on that? what we need now is new exciting feature and development on products.
So I vote NO.

Thank you for sharing your opinion. This is indeed the space for that.

To offer a different view:

Also, this is coming soon:)

We have the budget for both development of the product and brand as well as to empower the community, so why not both!

Doodlebank is special as it pioneered this idea of community being involved in making financial decisions. Your dissent is a part of this design, so I do appreciate it. Thanks Dood!

The Final Proposal has been upped from 25 ETH to 50 ETH primarily to allow less-restrictive use.

The proposal itself still remains the same; some allocation to $DOODLE and rest to community-interests that request funding. Some text was also adjusted to be less-restrictive; allowing adaptation of the proposal just in case others want to get involved in the request process, and to allow flexibility on values.

Latest values and process details can be found: Process and Details for the Community-Interest Fund and Doodlebank Dust - Google Docs

Love the proposal - you have my vote!